That’s another month gone, where is this year going? It’s flying by, which wouldn’t matter if felt I’d achieved a lot but this month, I know I’ve been busy but I can’t think what I’ve done apart from making beads and jewellery components and playing with the wheel.

I love these jewel colour glazes 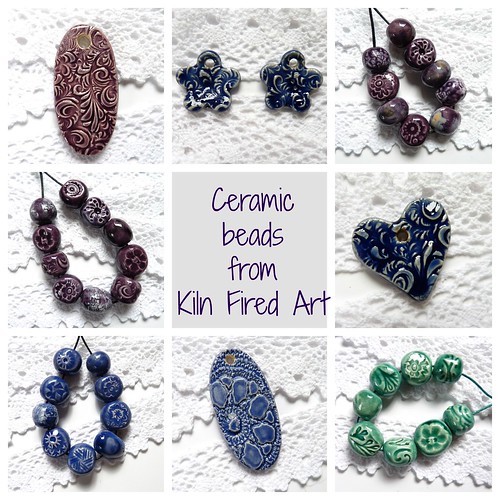 But I also like the soft pastel ones too, which are your favourite? 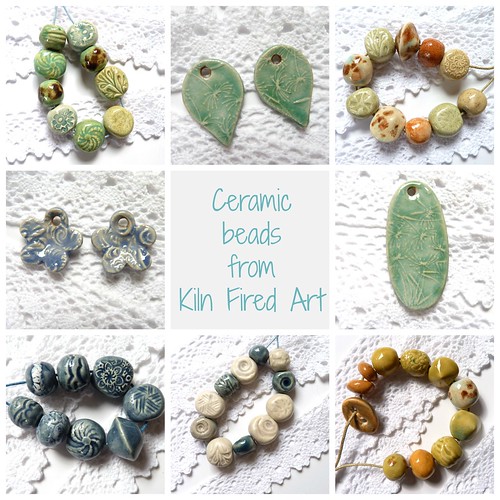 I bought some underglazes and after a lot of procrastination I finally bit the bullet and painted a seascape on one of my pots. I think the colours will come out darker than I intended but I will only know when it’s fired. I’d like this pot to be matt but I have a feeling it will become shiny if I fire to stoneware temperatures, so I have glazed the inside with a low fire glaze and I will see how it comes out at a lower firing temperature. The clay I’m using can be fired to earthenware or stoneware temperatures. 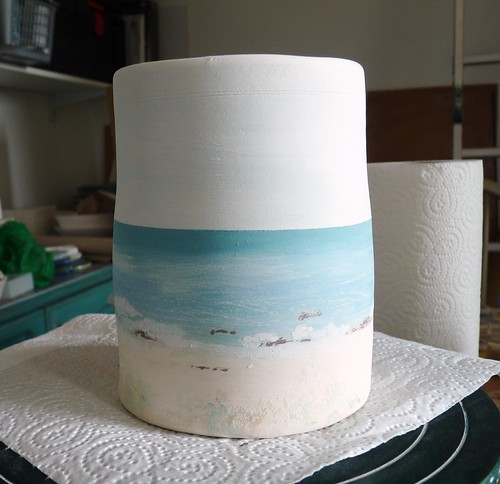 It was inspired by a visit to Bosta beach on Lewis last summer.

I wonder if maybe the effect I want would be better achieved using terra siligata, or I could use matt overglazes on an already fired pot. I feel a bit precious about firing 3 or 4 times when I’ve put so much into making the pot. I know it’s silly really.  I will have to try out all the various ways of decorating a pot with a matt finish seascape and compare the results. 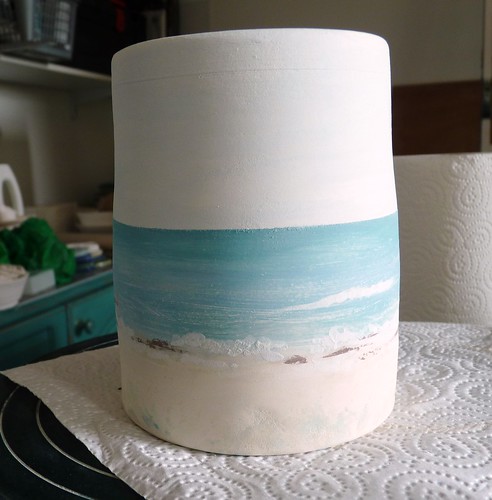 I think my horizon line should have been a little higher but there was so much to think about when doing something I’ve never done before I forgot to pay attention. 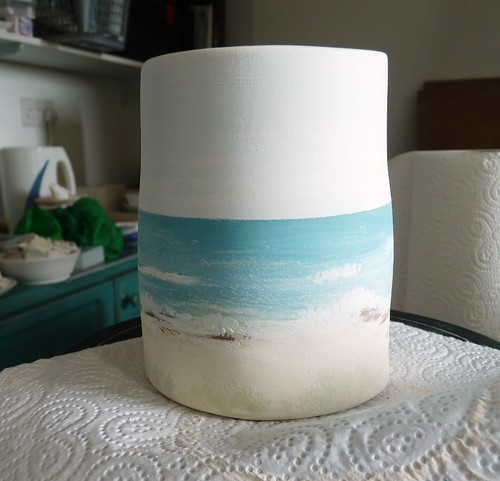 I threw my largest pot to date yesterday, it was going to be a yarn bowl but OH thought it would be a better size for his porridge in the morning. Ah well I will have another attempt at a yarn bowl. I need to try using one as I’m not convinced that they will actually work, maybe a yarn vase would be a better idea. If you use a yarn bowl I’d love to know if they work.

2 thoughts on “So what was new in May”