I thought you might like to take a walk with me up Scafell Pike, the highest mountain in England, but I warn you this is a picture heavy blog post.

The weather was perfect during the week for a walk up Scafell Pike. I have been planning to do this for so long but I think I had something of a mental blockage about going up Scafell. I’m not sure why, maybe it’s because I hear so many stories on the local news about people getting in trouble and calling out the Mountain Rescue.

This wasn’t the most demanding, or dangerous walk I’ve done but it certainly is challenging, and in bad weather it could be very dangerous indeed, it’s not a walk to be taken lightly.

We chose the easy route setting off early in the morning from the car park at Wasdale Head heading up Lingmell Beck. 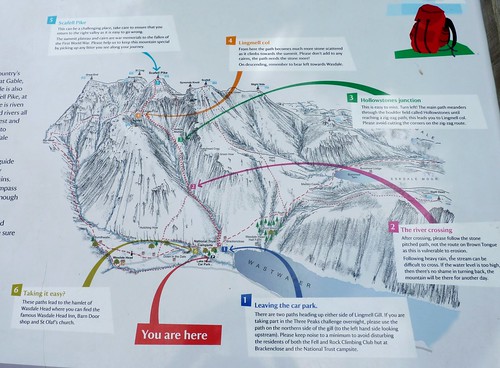 That’s Scafell Pike in the middle, although that isn’t the summit. 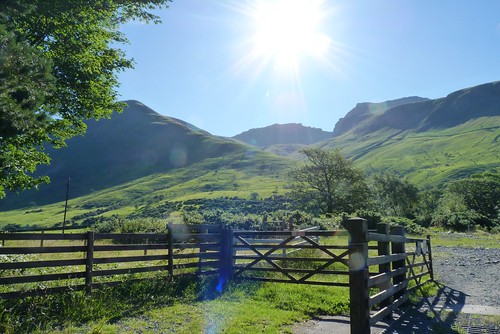 Luckily there hasn’t been much rain recently, you have to find a way across the beck and this could be tricky after heavy rain. 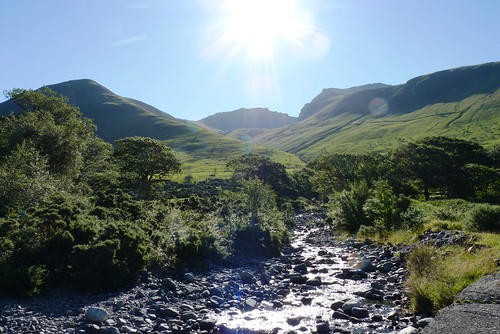 The path follows the beck,  the sunshine and the sound of the water felt sublime. 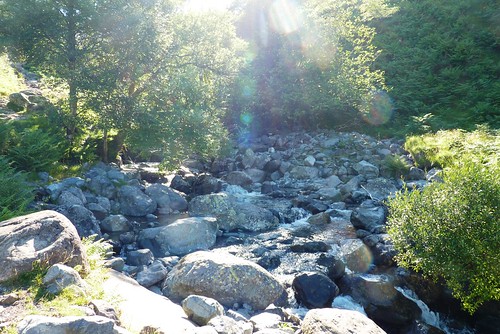 I got a little concerned when I heard a lot of mooing going on but thankfully the cattle, including a very large bull were on the other side of the beck, and there was a fence to keep them in. I instantly thought of that moment in the film Withnail and I. 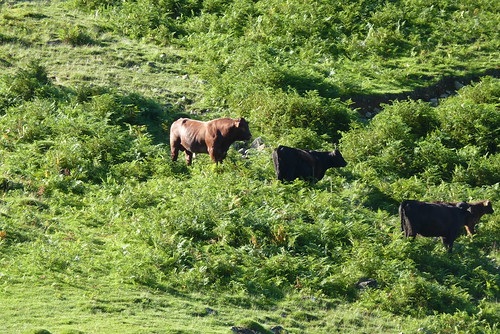 The paths are very well maintained on the whole, and soon we had climbed enough to catch a  view of Wastwater, the sea beyond and the Isle of Man. 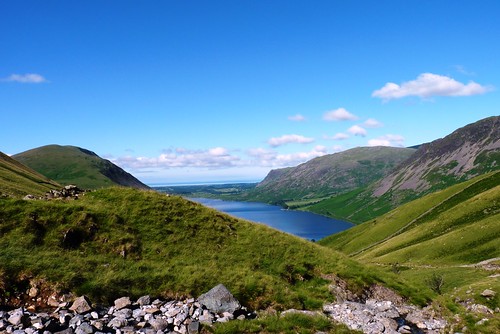 It was very hot in the sun, and hard work especially on the steeper slopes. Thankfully I brought a few bottles of water. It wasn’t long before the route up Mickledore was in view. This route entails some rock climbing so we decided to go the longer but easier way round. My walking companion had done the Mickledore route before but thought it wasn’t for me. 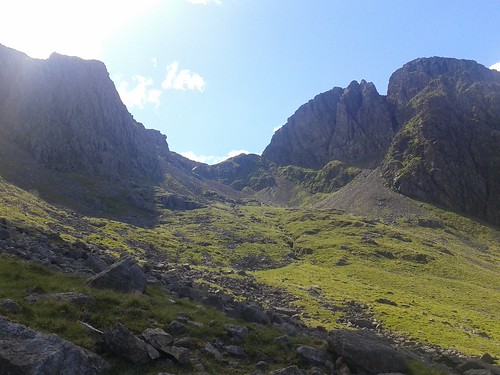 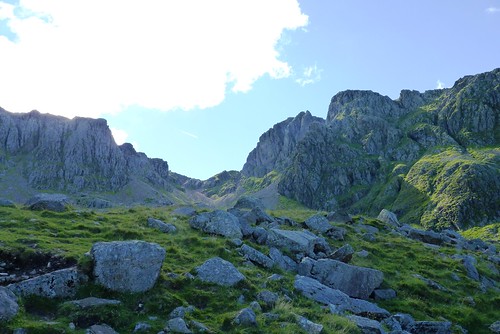 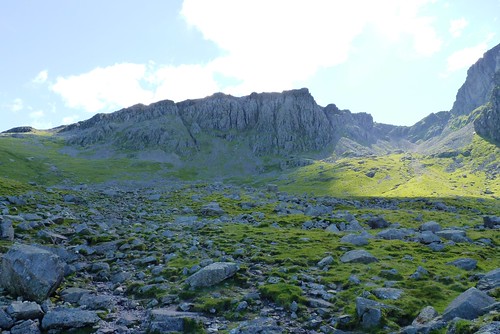 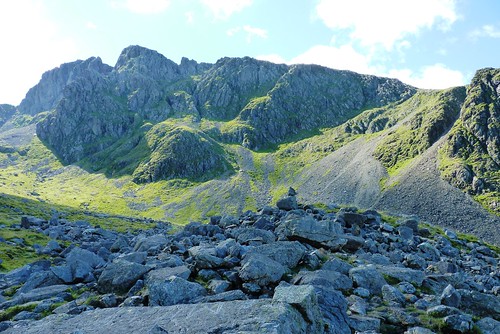 Some of the paths are quite easy…….

…….but not all the way. There is a cliff edge off to the right in the picture below; the cairns were hard to see on a good day so in misty, or wet weather this stretch could be treacherous. 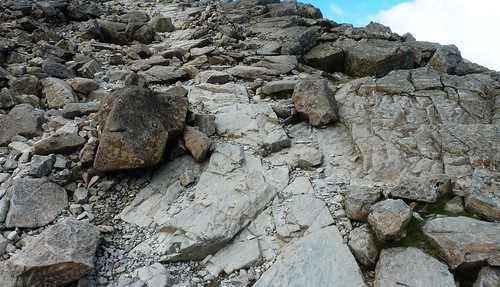 As we climbed the view started to open up, this is Great Gable on the left. 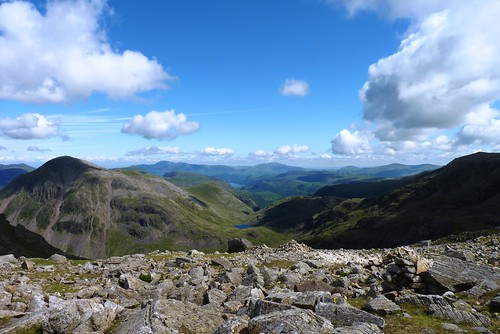 You can just see Derwentwater, with Styhead Tarn in the middle distance. 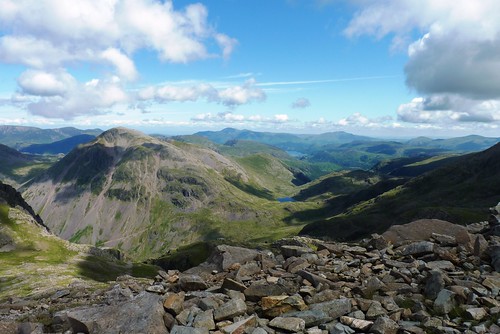 Grasmoor is the elongated fell in the distance, on the right . 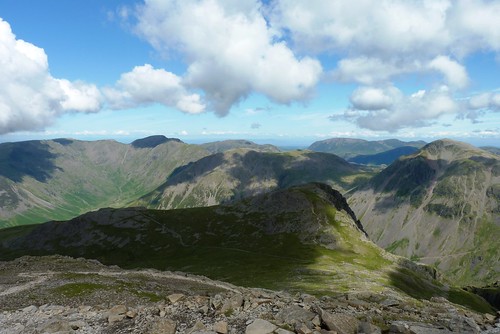 And finally the summit was in sight, but there is still some way to go across the boulder field. 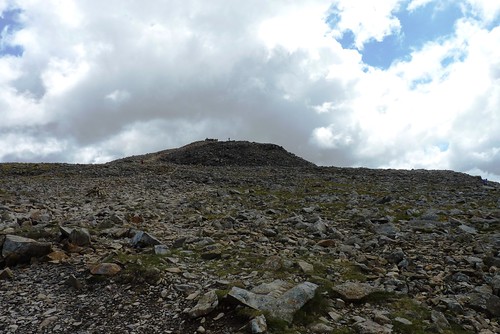 As you would expect, standing on the rooftop of England the views are rather special. 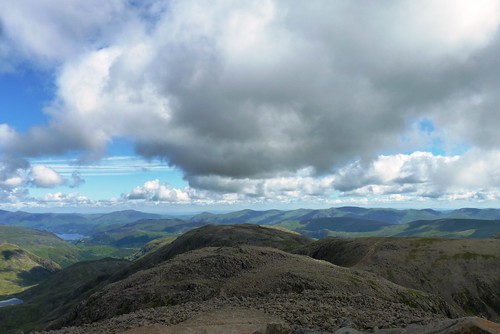 The cloud started coming in, so I quickly got my photos. 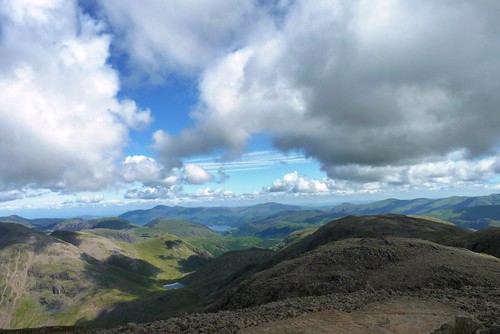 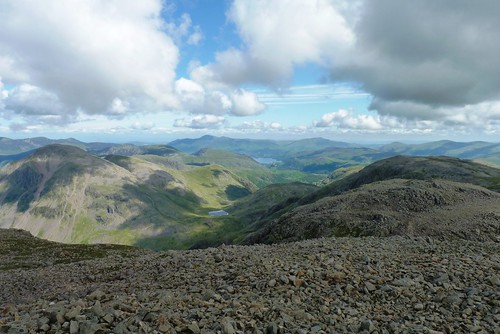 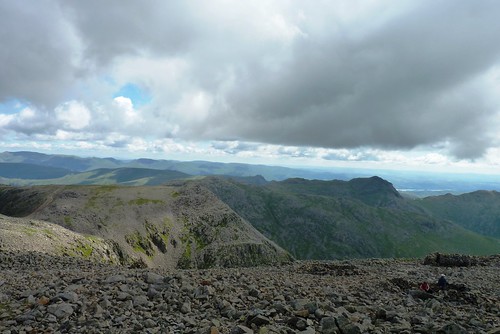 As you would probably expect there was a crowd on the summit, but I couldn’t get over the number of people that we passed on our way down, there was even a queue to go up Mickledore. Also I have to say there were a lot of ill equipped people on the mountain, it may have been a beautiful day but the weather can change in a few minutes and people do get caught out. 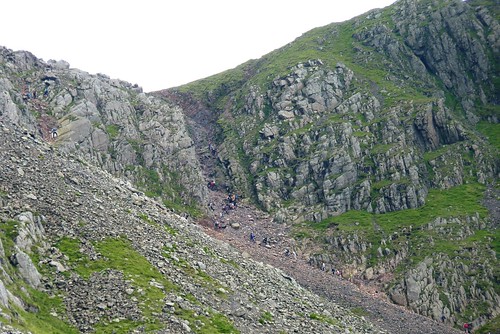 On the way down we had a chat with a few people including an amazing group of lads doing the 3 Peaks Challenge, they had already done Ben Nevis. I’ve been thinking about them today and whether the got up Snowdon within the 24 hours timescale, I hope they did, and I hope they have some muscle rub because my legs are sore doing just one mountain.

3 thoughts on “Scafell Pike via the easy route”