Last weekend we spent Sunday firing raku pieces, it’s a shame it is weather dependant but somehow that adds to the magic of the process.

Yes, I do think raku is magic, a bit of alchemy. Just look at the colour on this leaf. 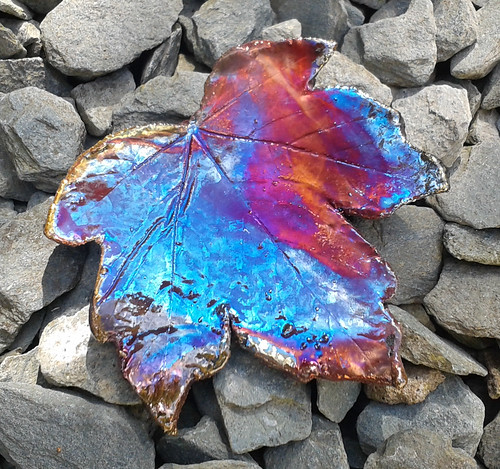 There were other leaves that had the same glaze as but they didn’t give the same results as this one incredible leaf. So you can see where I’m coming from in terms of alchemy. I want to have a greater understanding of the process.

There must be something in the small details of the firing process, firstly temperature, and time to reach that temperature, I’m using a thermocouple so the temperature should be uniform. 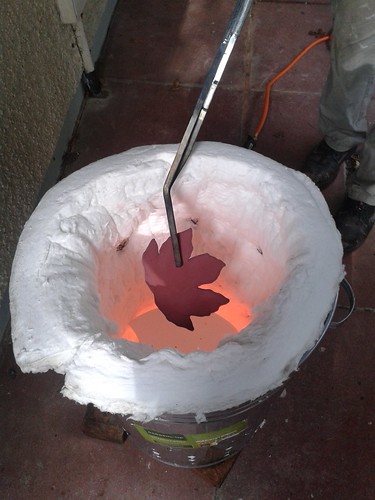 Next the time taken and temperature of the piece as it goes into the reduction bucket. I’m not so sure this makes a great deal of difference as some pieces sit around longer in the kiln than others and they come out (sometimes) with great colours. 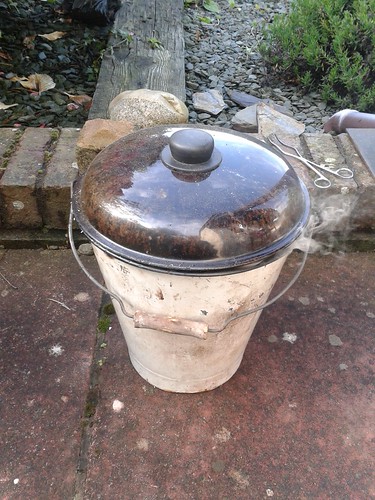 Then there are the combustibles, sawdust, newspaper and cardboard, but on this firing I’ve been consistent in using only sawdust. Each time I’ve let the bucket flame for a few seconds before putting on the lid. I’ve noticed that when the flames ‘kiss’ the glaze often the colours appear, but not always. Also as this is a reduction process the exclusion of air is important so a tight fitting lid helps a lot. I’m not sure how fast or how long the piece is left to cool makes much difference as the colours seem to appear as soon as the flames go out and don’t seem to change as the piece cools down. 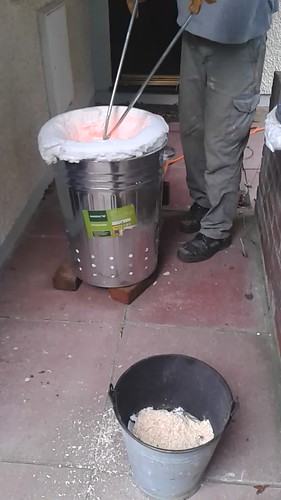 So there are lots of possible reasons some pieces might have more colours than another piece with the same glaze, I haven’t mentioned glaze application, but all these pieces had 2 coats of glaze.

So for my next firing I’m going to try and remember which pieces have what glaze so I can compare the results after firing to see how the colours vary using the same glaze.

I have ammended this post as I intended having the leaves fired before posting but I had to postpone the firing yesterday as I’m resting with very sore ribs. So there will be a second post showing the results when I’m able. Good things are worth waiting for ☺