Like all good things or time on Luing came to an end. I have been looking back over my time there and I have to say it’s a place that has touched my soul. I felt so relaxed and at one with nature. I have never slept so well, but we did walk over 150 miles in 3 weeks.

Yes, I could live there quite happily, if only I could drive. But that’s just how it is.

Some things I learned staying on Luing.

Talking of eagles we were very lucky in having 3 sightings of a white tailed sea eagle, the first sighting was very close, it was sitting on a pile of stones when we turned a corner,  it watched us for a while, it flew to another pile of stones, then another encircling us before flying off. 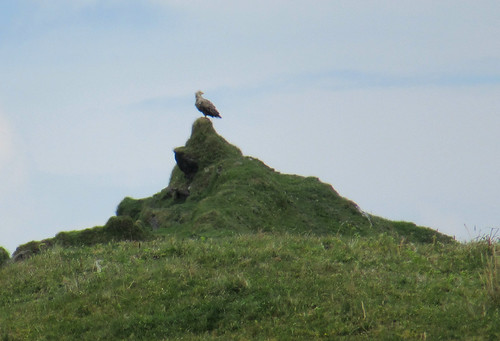 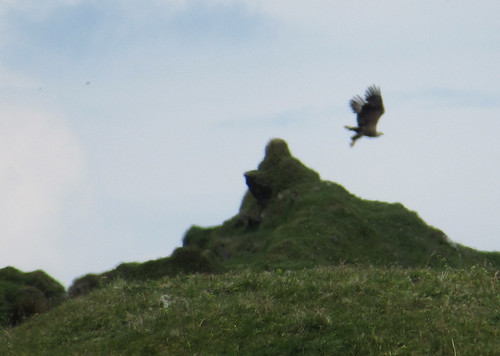 Another sighting quite close up was of roe deer. The first time it was just one, but the second sighting there were two. Usually they would be off as soon as they caught sight of humans but they stood for a while just looking at us. 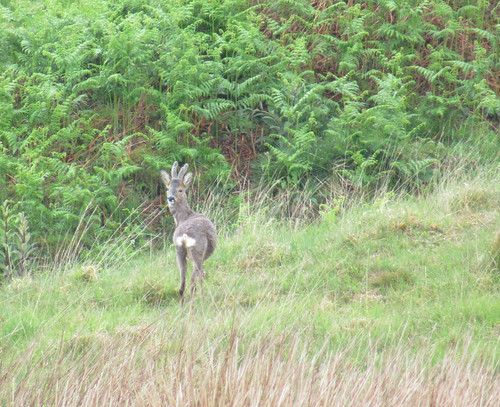 There are lots of hares on the island but no rabbits, so I didn’t have the problem of trying to decide if it was rabbit or hare by the ears and tail.  There seemed to be a resident hare in the village who came hopping past our window in the evenings. I saw another regularly coming back after our evening otter watch. 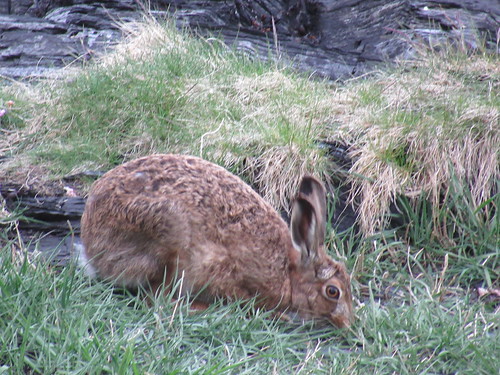 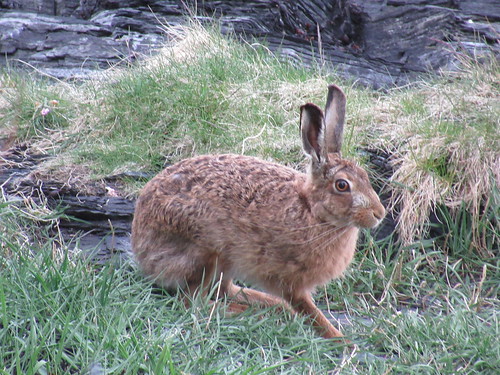 There were so many bird species I couldn’t name them all here, hen harrier, wheatear, rock pipit, greylag and Canada geese,  red breasted merganser to name a few; and not forgetting the dolphins and otters of course.

I hope to go back again some day 🙂