I went collecting treasure along the river the other day, most of you wouldn’t see leaves and wild fruits as treasure but they are to me. I have always foraged every Autumn, it’s something my Grandpa taught me. I will make jam and do some printing with the leaves, I love working with nature.

Early Autumn has to be me my favourite time of year, the low sun and gentle warmth on my face, the long shadows and sparkling dew on spiders webs. 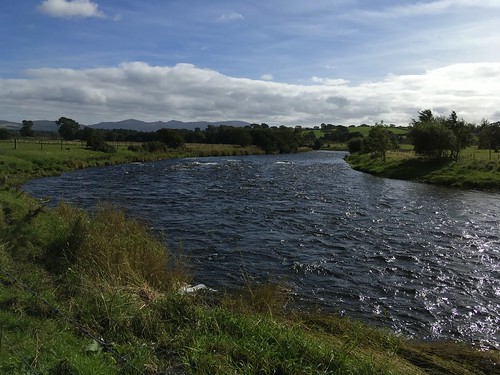 The river was quite full, it’s been a couple of months since I walked along her banks. I look for wildlife, today there were herons, swans, ducks, dippers, lots of water beetles, and a cormorant up a tree, not something you see every day. I only had my camera phone so the photos aren’t so good but you can see a heron fishing here. 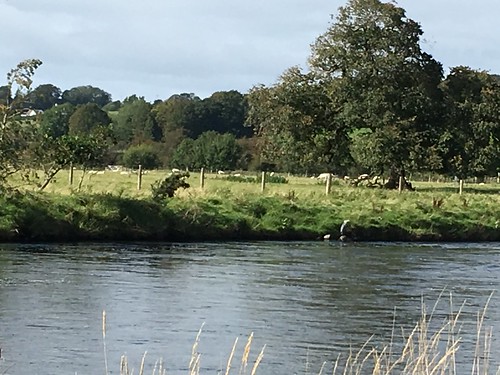 I like to observe the huge boulder field left after the floods, once totally barron it’s now being colonised again by plants. It’s hard to imagine this as the virtual moonscape it was originally. 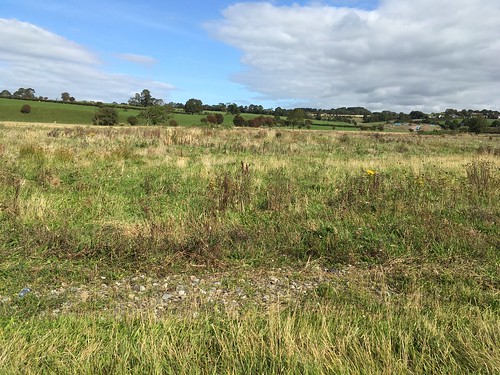 Some areas are being colonised more slowly. 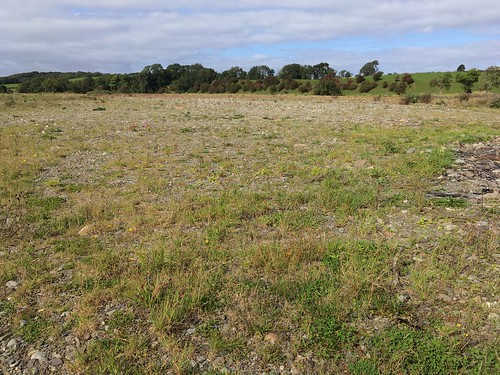 There’s still evidence of debris from the floods, but the tree trunks are starting to rot. 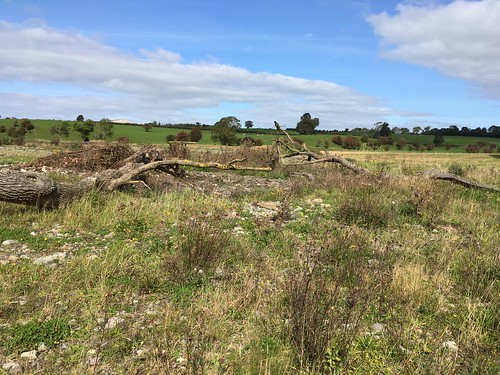 Himalayan balsam didn’t grow here before but now it’s everywhere, probably washed down along the river when it flooded. It’s such an invasive species, there are laws about transplanting it, but Mother Nature doesn’t know that.

There are a lot of gorse bushes too, some are getting quite large. 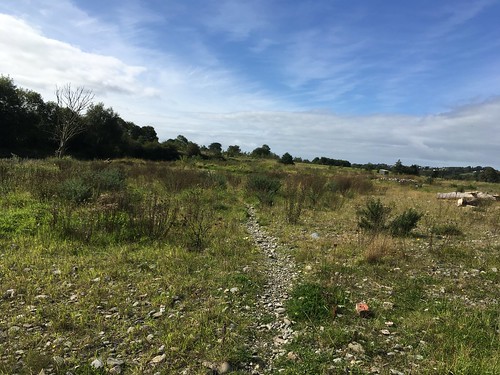 Also buddleia which again was probably washed down in the flood waters, they seem to grow on every railway line but I haven’t seen them growing along the river before. 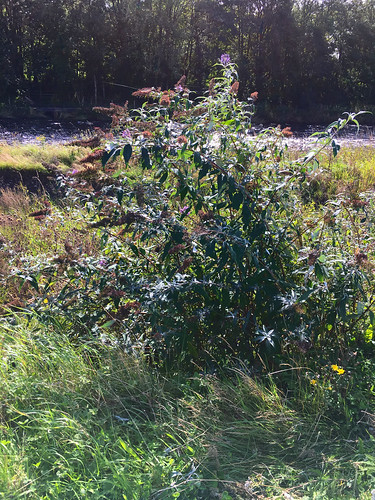 This pond, used to only fill up after heavy rain, it’s now a permanent feature. 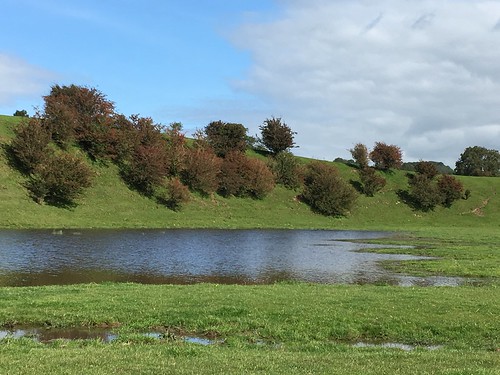 You can see it’s very close to the river. It’s interesting to look at this new channel and see if the pond water is draining into the river, or if the river is filling up the pond. I’ve seen it flow both ways. 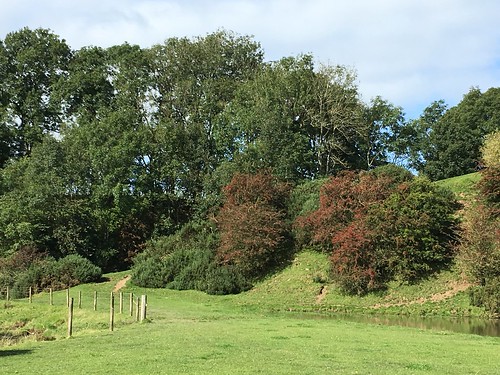 Soon we will need a bridge to cross it as it’s getting deeper . 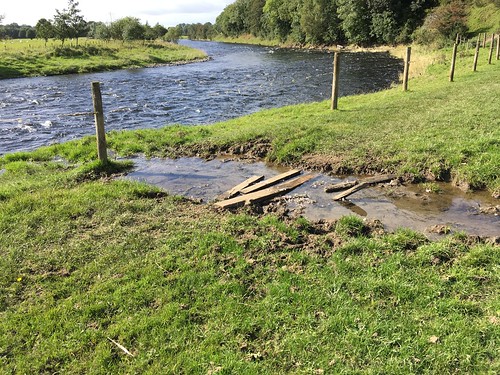 After my walk along the river I took a detour through the nettles and brambles. 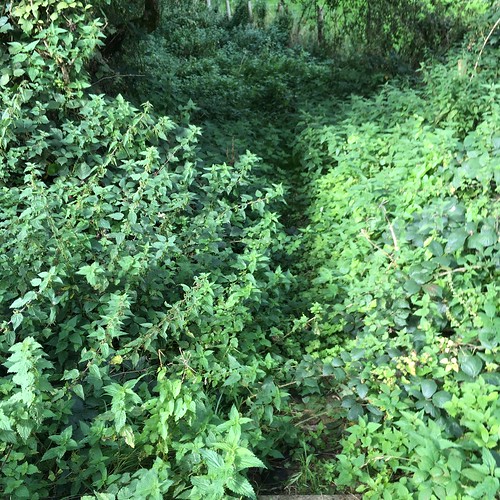 It was worth it as the bullace tree gave me great bounty, there will be jam making , something to enjoy over the winter months when summer seems so far away. 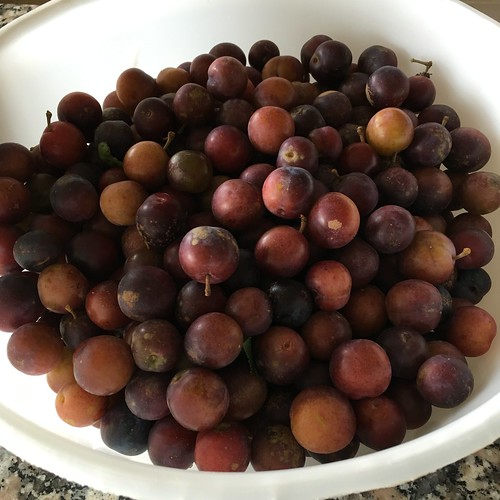 2 thoughts on “Along The River”