I love walking in the Scottish Borders at this time of year. The weather didn’t look so good at first but it’s Scotland, you have to expect some Scotch mist. We both love this walk, we’ve done it before, starting from the beautiful waterfall called Grey Mares Tail. 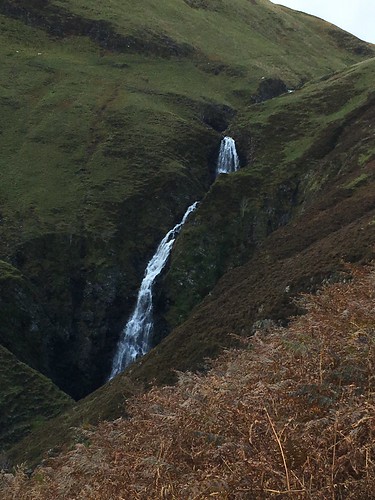 The steep path takes you up above the waterfall, then it flattens out and opens up. 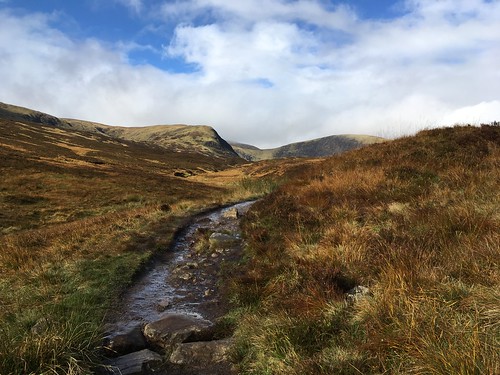 The sedges were beautiful, glowing orange in the sunlight but the camera didn’t really pick that up.

This is looking up to the top of the stream, at the rise there was something that took us by surprise on our first visit.

When you get to the rise it opens up into a loch which was unexpected as there’s no view of the loch until you are upon it.

We traced our steps back down, taking a moment to look at the silver thread of the river below. 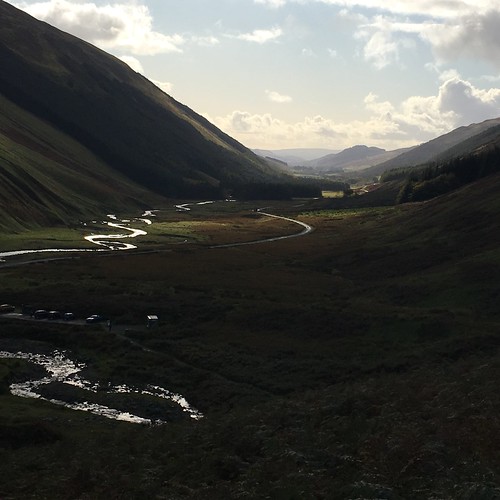 The next morning there was a frosty start to the day, but frost seemed to heighten the leaf colours, I’m not sure if that’s a fact or if it’s my imagination. I gathered some to print with.

We set off on a ten mile circular walk to the Three Brethren, which are 3 cairns dating back to the 16th C. But first we had to investigate Black Bob.

If you are of a certain age and you read ‘The Dandy’ comics you may remember Black Bob the wonder dog from Selkirk.

The wonderful illustrations are by Jack Prout.

The stories were written by John Hunter, telling of the adventures of farmer Andrew Glenn and his dog. The Black Bob trail has some display cases showing exhibits relating to the stories and farming in the area, it was lovely to be unexpectedly transported back to childhood.

Then it was onwards and upwards following the way markers through woods then up to the summit. We saw lots of deer tracks in the woods. 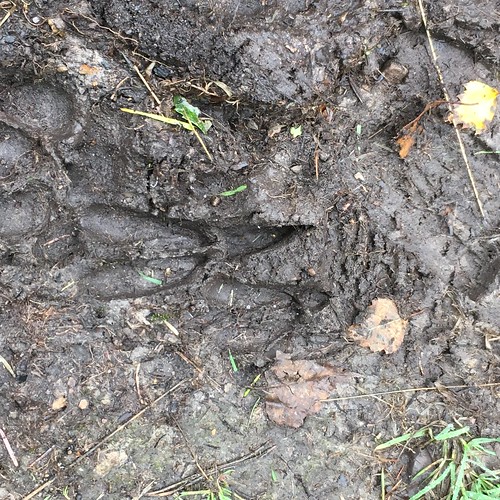 A slight detour took us up Foulshiels, we had to battle through bracken, then we had to find a way of getting over a dry stone wall and a stream to get back on the track but it was worth it. The views were spectacular, you can see the Eildon Hills  in the distance, we climbed those on our trip to Etterick Bridge a couple of years ago. 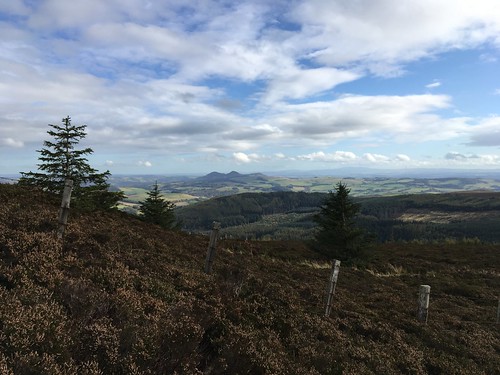 Finally we made it to the summit and the Three Brethren. 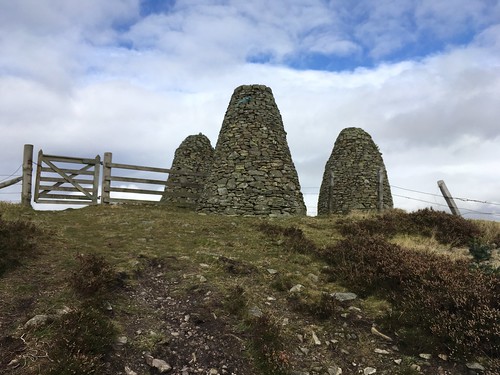 The views were spectacular.

Been working on my website Fired Art Jewellery today. It’s for handmade ceramic jewellery and ceramic components for jewellery makers. I have lots of glazing to do next week for a shop update. #ceramicjewellery #ceramiccomponents #jewellerycomponents #kilnfiredart #etsyshop
The moody #solwaycoast #igerscumbria #moricombebay #moodyweather #cumbria #theplacetobe
The rain has stopped finally so had a wander round the garden. My snowdrops have gone over now but these ones will last for ever. #snowdrops #ceramicwallart #hangingtiles #kilnfiredart
%d bloggers like this: