I have spent the lockdown try to resist but in the end I caved in and decided to give sourdough bread making a go. I try not to eat much bread but when I found out that you can keep your starter in the fridge and bake once a week I couldn’t resist any longer and so Hercules was born. 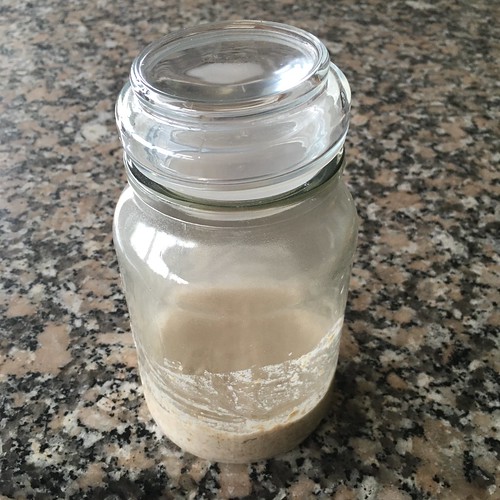 As there’s so much sourdough information out there ( bit of an overload for my brain just now) I bought a book called “Artisan Sourdough  Made Simple” by Emilie Raffa. It’s a brilliant book for a beginner as everything is well laid out and easy to follow.

Hercules (I’m hoping he is strong and mighty) was halved, fed and watered for 6 days as instructed, he smelled nice and had bubbles but he wasn’t rising up the jar. Day 7 he was fed again, by this time I had quite a bit of discard so I decided to make flatbread from the book. I thought it wouldn’t matter how they came out as they are flatbread. They were delicious. 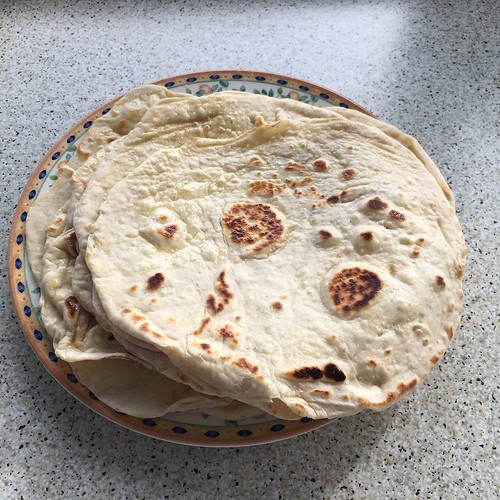 On day 8 Hercules came good and had risen up the jar so it was time to make the first recipe for a loaf as recommended by Emilie. I didn’t have enough white flour so I went half and half with a local biodynamic wholemeal flour. I was sceptical as the bread dough looked heavy, I got a good crust, however as my main oven is broken it had to be squeezed into the top oven and got a bit too dark on the edges. 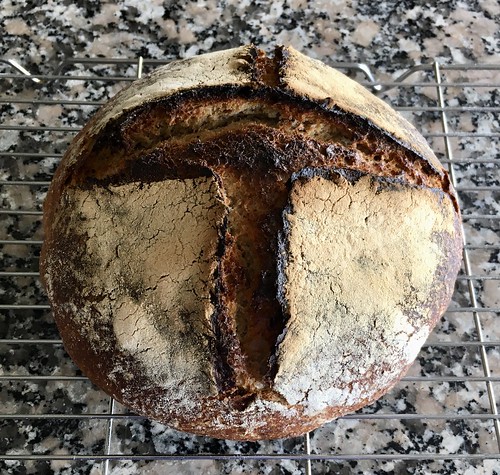 It was fine when I cut into it, the crust was amazing, very crisp, and well flavoured. The loaf didn’t last long as we sat in the garden with a glass of wine, some salad from the garden, cheese and olive oil. 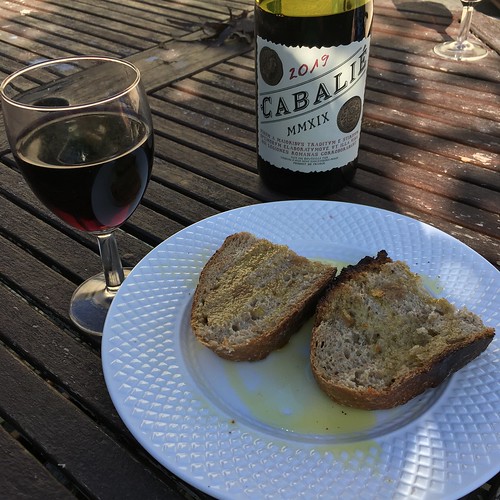 Sadly I ran out of flour but I managed to source some online, in the meantime Hercules was fed with what I had left and the discard started to mount up, so we had crumpets from King Arthur Flour website. These were very easy to make and light, but not the same as my usual crumpets, they lacked the rubbery texture. I will make them again but not think of them as a crumpet. 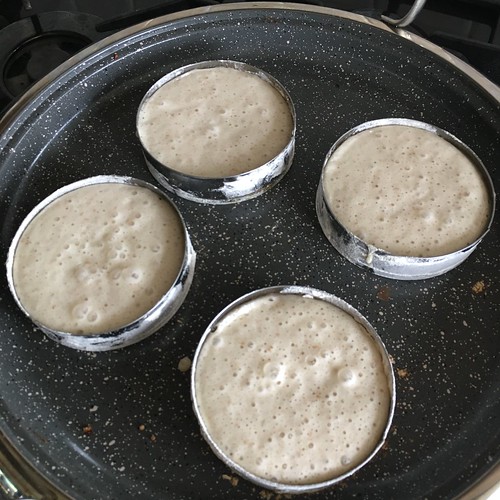 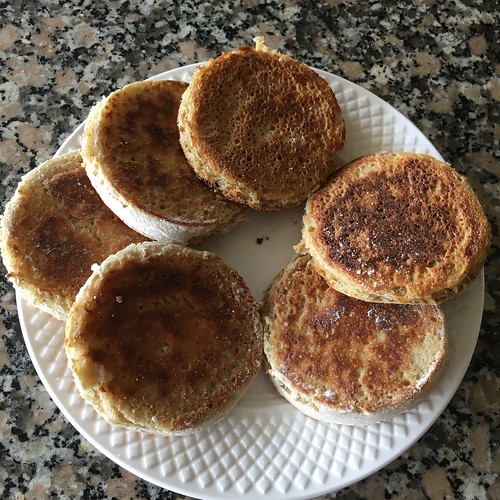 By the time Friday came I felt like Old Mother Hubbard as our grocery delivery doesn’t arrive until today, so I had a look around to see what I had in. There was some pesto, cheese, tomato and mushrooms, and of course sourdough discard so I cooked it off in the frying pan. 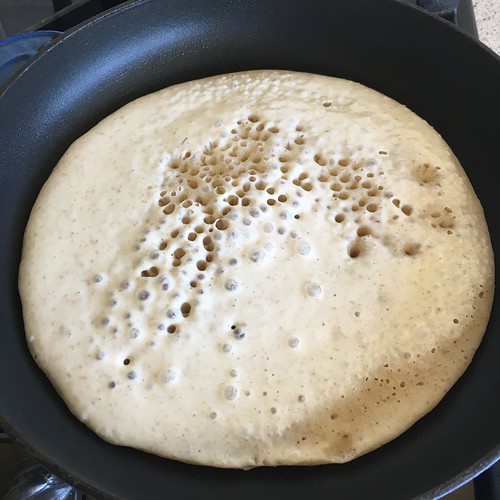 Topped it and put under the grill, in a few minutes we had a pizza! 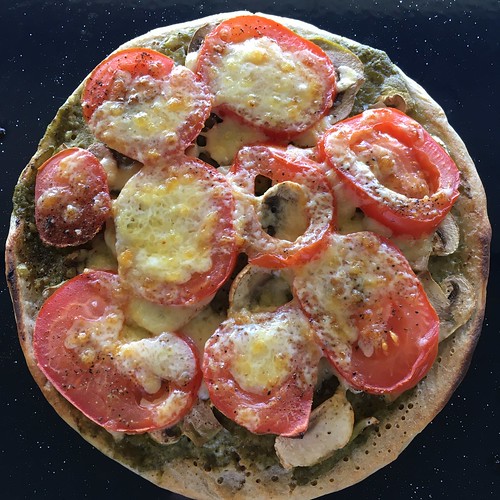 Hopefully my flour will arrive soon, I have to say Hercules is a welcome addition to the family, we have unanimously agreed homemade sourdough is the best, we are hooked.

2 thoughts on “Sourdough journey has begun.”

Today is about appliqué #stitching #creativestitch #recycledtextiles
Ready for stitching. #stitchcamp2022 #stitchclub #textileartistorgstitchclub #textileartist #gwenheadley #stitching #happydays
Taco night thanks to @the_spicery #howtobeatacolegend I used what I had in, made essential carnitas, essential black beans, roasted tomato salsa and tortillas. Salads made with what was in the fridge. It was delicious. #mexicanfood #homecooking #spicekits
%d bloggers like this: