It’s been a strange year in many ways as we all know. Most of my crops started well and grew like Jack’s beanstalk in May with the lovely weather, then things turned very wet and windy and most of our vegetables failed to produce. The exception being our apples which thrived in the warm weather and swelled with all the rain.  So what do you do with a bumper crop of apples?

We eat them daily and I have stewed and frozen a lot. The blackberries ripened early so I had to rush out in a dry spell and pick what I could, unfortunately the wild bullace tree doesn’t have any fruit at all this year so no jam there.

I looked online for jam recipes using apples, I always make apple chutney and sometimes blackberry and apple jam, as we have so many apples this would be a great way of using them up. I found recipes for apple and raspberry jam  which I made using raspberries that were in my freezer. 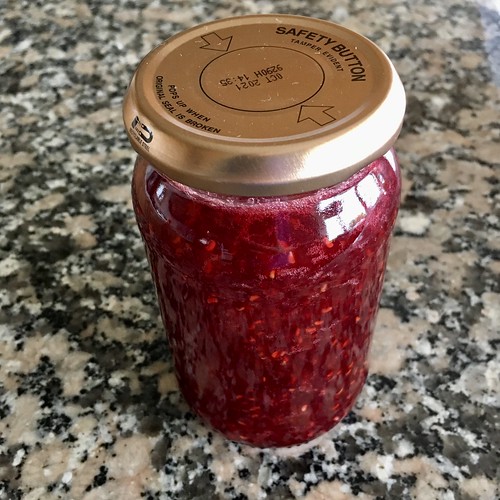 Apple and blackcurrant jam made using home grown blackcurrants which I froze as they ripened until I had enough to make something. 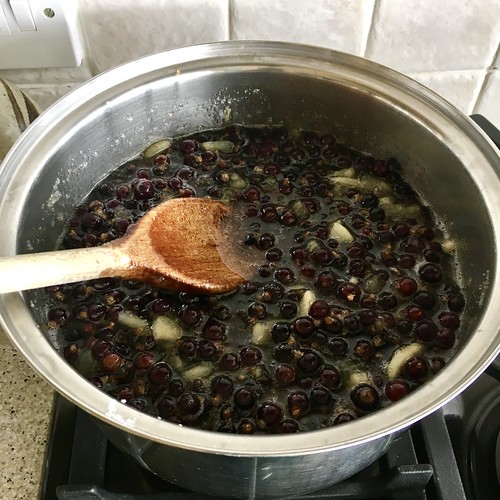 Apple and ginger jam made using root ginger, I had accidentally ordered to much when shopping online.

Do you like my new jam pan? Well worth the money; I bought a digital thermometer as well having burnt marmalade to the base of my old jam making pot last year. When the thermometer reads 105 C the jam is ready to jar up. 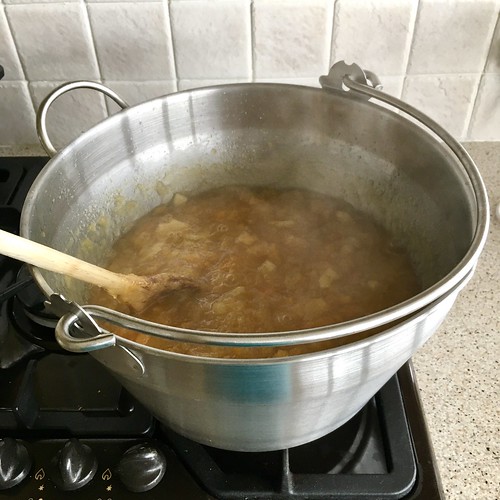 Apple and apricot jam as I had a bag of dried apricots in the cupboard. 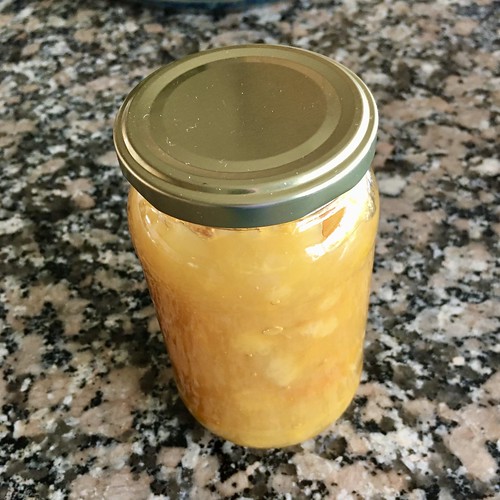 And of course apple and blackberry jam from my Gran’s old cookbook. 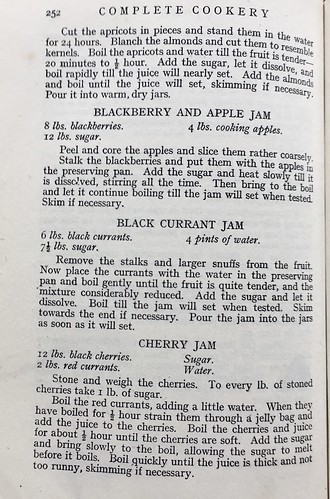 I had to make some bread to sample my jams. 🙂 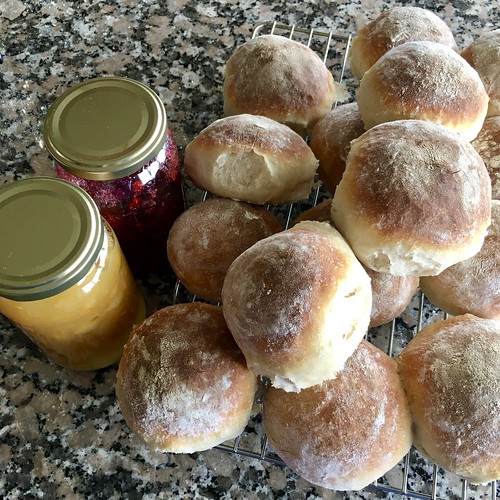 They tasted delicious, here we have apple and apricot and apple and raspberry. 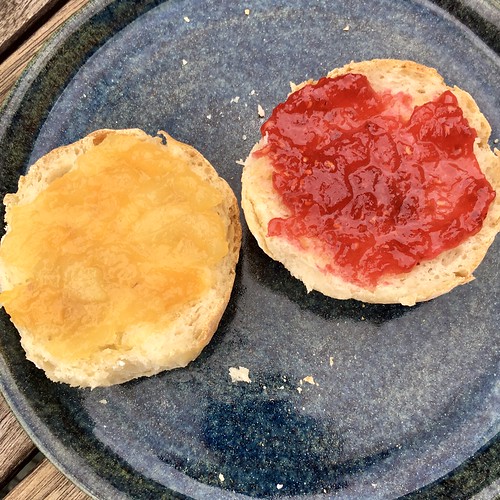 My task next week will be making some chutney.