We took a Seafari trip to see the whirlpool Corryvreckan; having donned the waterproofs provided and the life jacket I was beginning to wonder what I was letting myself in for. I needn’t have concerned myself as I had a great time being bounced around at speed in the RIB. I was even splashed in the face by a wet dolphin tail, twice 🙂

We went past Fladda lighthouse……… 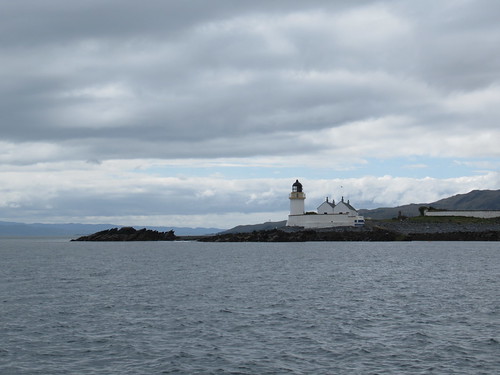 ……….and Belnahua (I love saying that word), one of the slate mining islands, this tiny island was once home to 200 inhabitants. The ruins of  some of the miners cottages still remain.From the air this island looks like a doughnut, the heart of the island was quarried and later flooded by the sea. 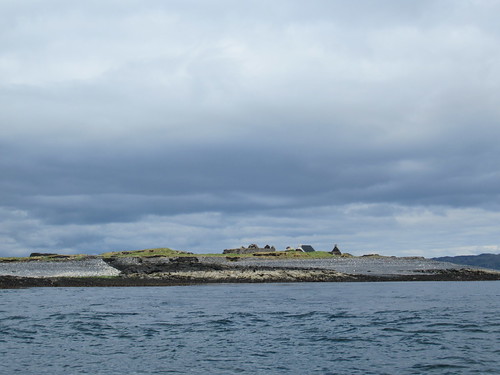 We had a wonderful surprise when a pod of dolphins came to swim alongside the boat. They were clearly playing with us, swimming right next to us and going under the boat. I could have touched them they were so close. This was an incredible experience which I hadn’t expected. 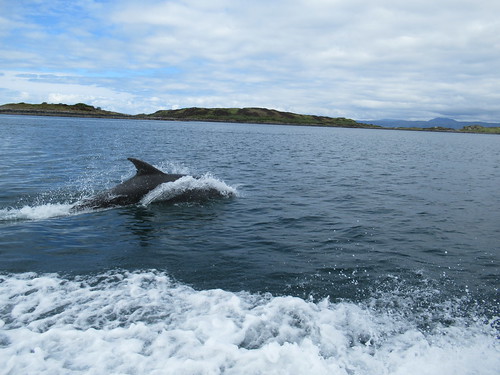 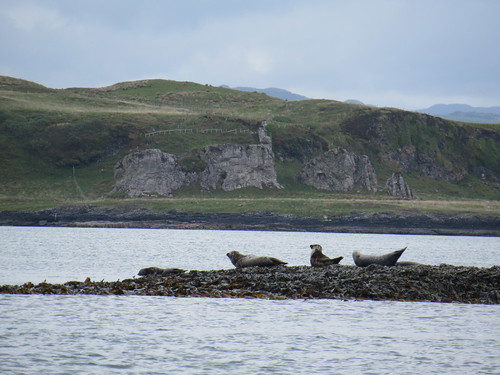 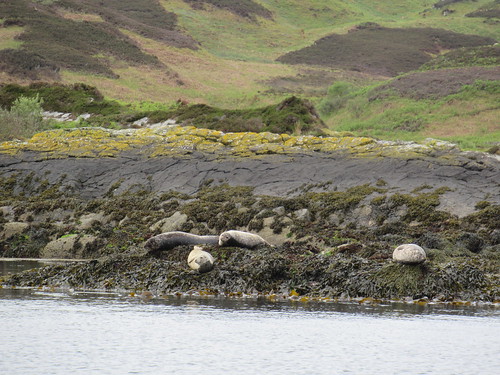 Then we went through the Grey Dogs, a tidal race between the rocks, it was fairly calm, just a small standing wave today. 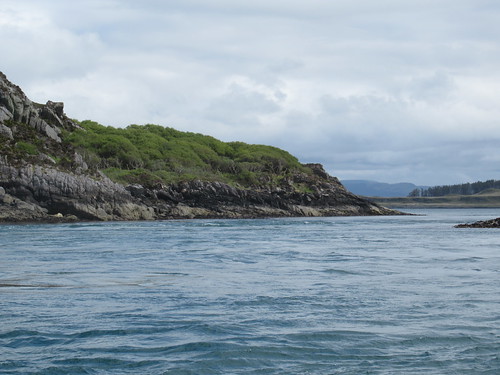 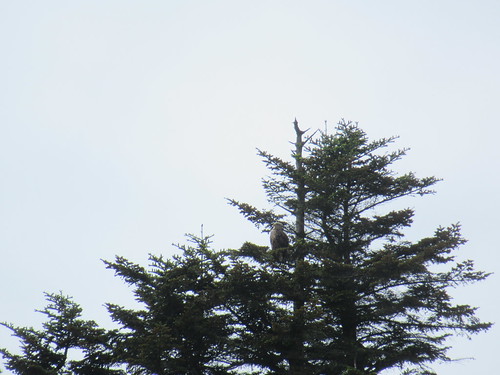 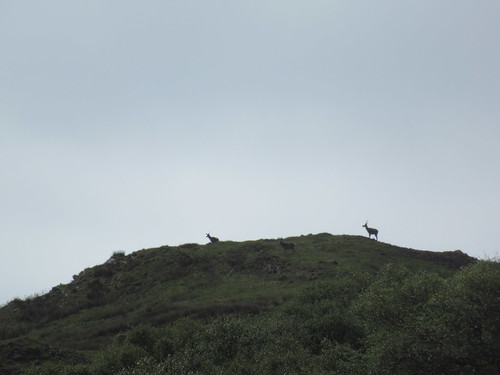 Corryvreckan is the third largest whirlpool in the world but it was very calm today, the tide was against us so it wasn’t very impressive. 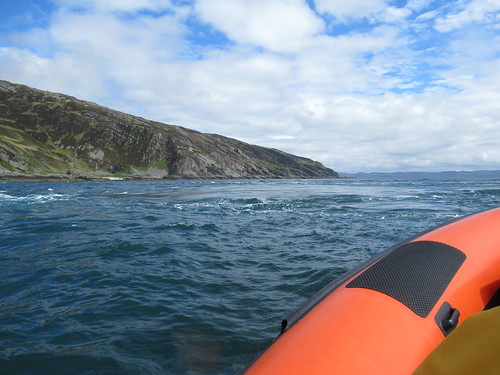 I’ve saved the best ’til last, here’s a video of my dolphin encounter, I hope you enjoy!