I’ve made liquid soap concentrate this week, using potassium hydroxide. This one is castile soap made from olive oil, it started out very thin, I had to keep stopping the hand blender as I thought it was overheating. Eventually it got quite thick 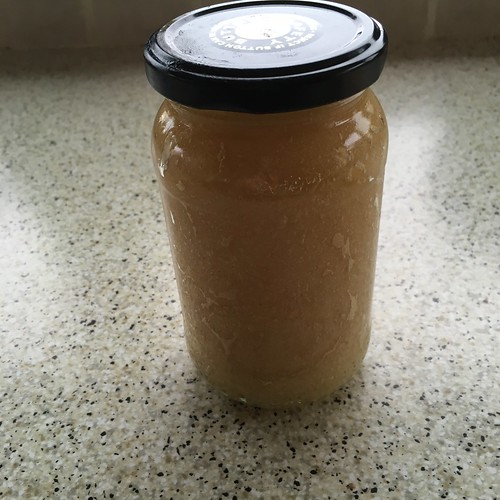 I watered some down and put in some patchouli oil which I wanted to use up as I don’t like scent , it makes my nose tickle. I put it in a soap dispenser,  it’s thinner than a bought liquid soap, and it doesn’t lather up much but that can be a good thing. I used some for washing the floor and it worked really well, I also washed a woollen throw by hand and it was fine for that too, two jobs where less suds is a good thing. 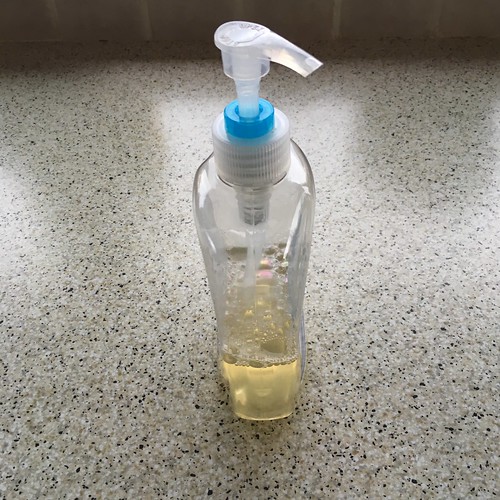 Next I made a liquid soap using coconut oil, this was so thick in no time I couldn’t stir it. 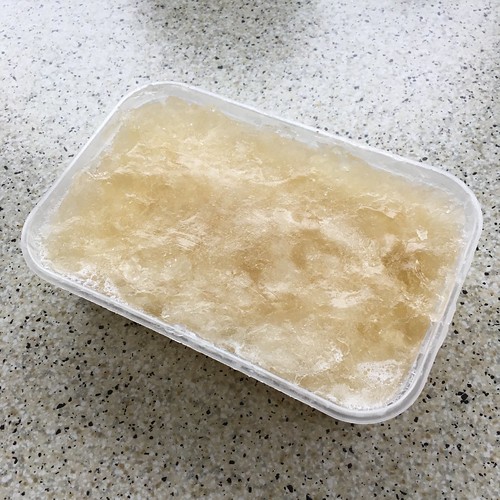 It went into a takeaway container as I thought if it set solid I could always cut it up into bars. This lathers really well, I  washed some leather chairs with this and the leather remained nice and supple. The instructions I’m following say to combine the two soaps. I watered down some of the coconut soap to look at clarity, as you can see it’s very clear, it lathers much more than the olive oil version so I can see why combining the two would be a good idea. 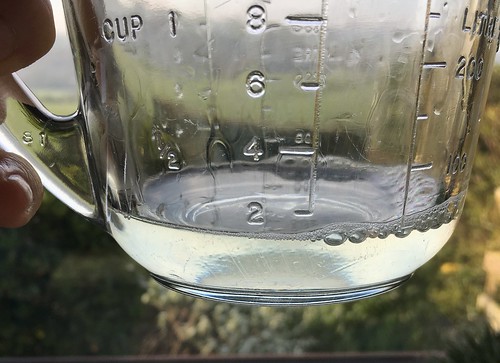 I found a website with oil based concoctions for thinning hair, I have wanted to try them but don’t want the mess on my pillow so the next task was to make a shampoo bar with rosemary, lavender and castor oil with the hope of adding volume to my thinning hair, anything is worth a try. 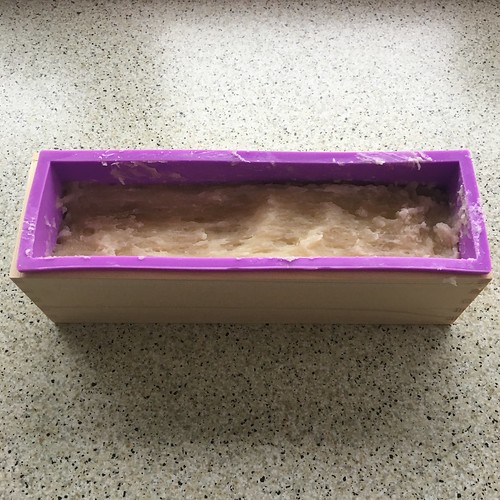 As well as being on a mission to use less plastics I’m trying to live more by my Gran’s philosophy of ‘make do and mend’ which was born out of necessity during the war years but I feel it’s so necessary now, personally I hate being caught up in the consumerism trap. So I have taken some old towels and given them a revamp with a washing machine dye, they have been transformed from a shabby looking pink to a nice grey which goes with my bathroom. I might get a couple more years out of them before they become utility towels and window cleaning cloths. 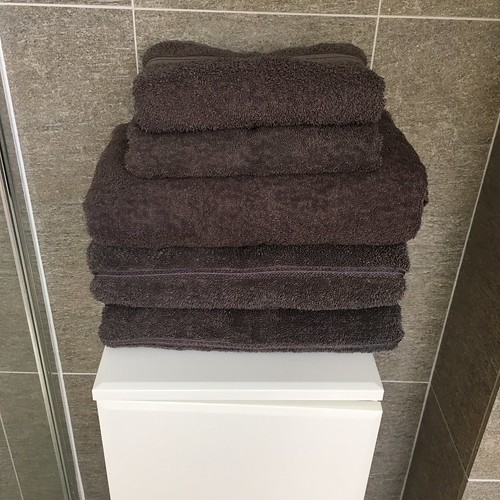 Enjoy your weekend, I’m hoping to fire some raku pieces, hopefully I will have something to show you soon  🙂