Ikigai is a trending Japanese term which means something similar to Raison d’etre; a reason for being. Or putting it simply a reason to get out of bed in the morning. Having a kiln is most definitely my reason to get up early, when opening the up kiln every morning is like Christmas morning.

At the moment I especially enjoy raku firing. On a dry bright Autumn morning what’s not to like, being out in the garden with the trees changing colour, birdsong and even a visit from a hedgehog. To top it all you don’t have to wait til the next day to see the fruit of your labours.

Getting back to the raku glazes I mentioned in an earlier post; before I hurt my ribs I did some glazing and took photos to see if I could work out what affects the glaze colours, it’s all in my earlier post but basically I photographed the leaves with the glaze pots so I knew which glaze was on which leaf. 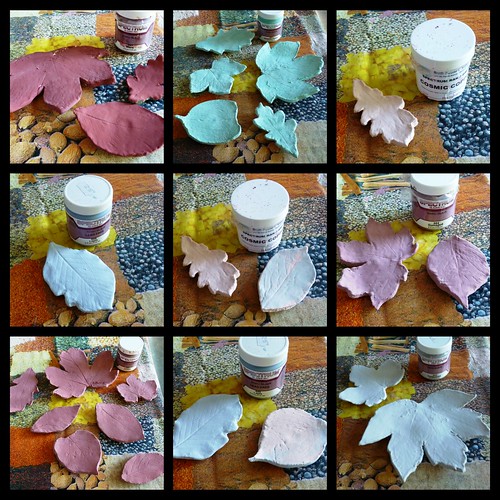 Here are the leaves after firing in their groups, they weren’t all fired at the same time. The first group of leaves were glazed by OH, who got roped in to help, the colours are not as colourful  as I have gotten with this glaze so I think he has applied the glaze too thin. ( Shh don’t tell him ). Some have nice copper colours and one has a bit of light blue which is lovely. 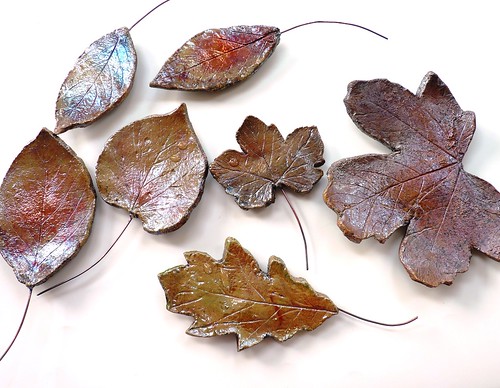 This raku leaf has a blue / copper glaze , the results are much the same as I’ve had before. 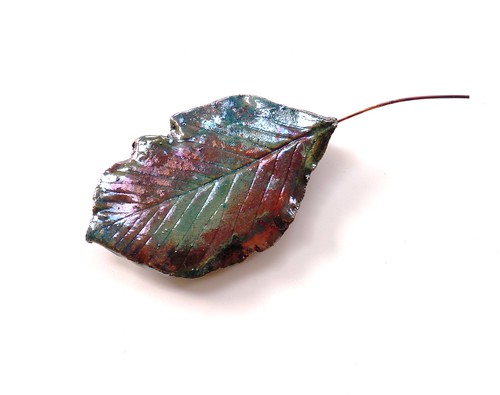 These 2 leaves have a glaze called cosmic copper which doesn’t always look as good as this, I did put the glaze on thicker this time. 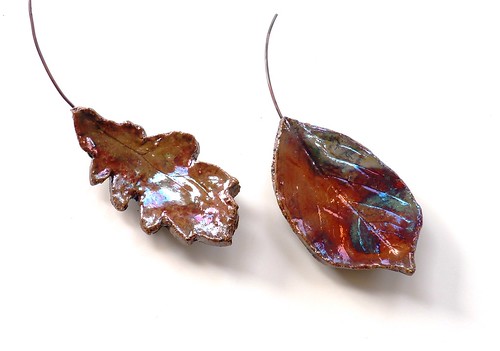 There’s not much to say about these in terms of colour they are similar, but you can see the speckled effect you get from throwing on sawdust in the reduction chamber. 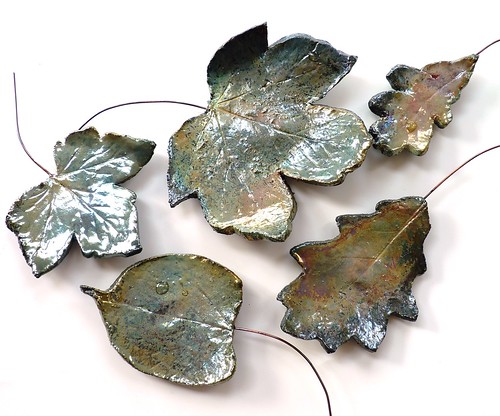 These 2 leaves look quite different, I will mention the colour in a moment. 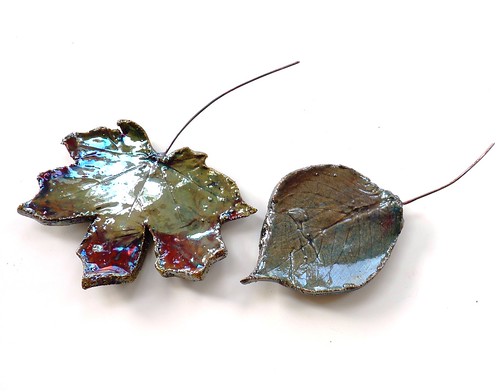 Another 2 leaves where one has more colour than the other. I was amazed when I opened up the bucket and saw the colour on this leaf and the one above. What had happened was the 2 leaves had lain on top of each other and where they overlapped the colour was intense. 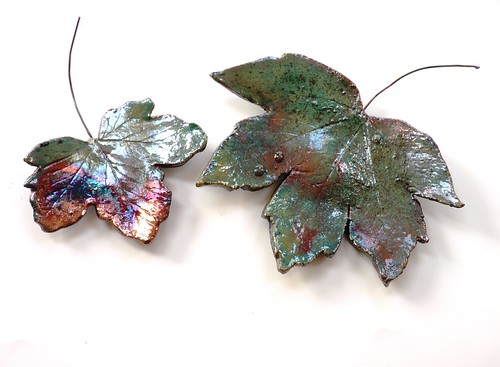 Here’s another pair of leaves that came out much the same, but the other oak leaf has a lot of colour; this leaf had been fired before but I didn’t like the result so it was given another coat of different glaze and refired, the combination of 2 glazes could have affected the result but I don’t know. 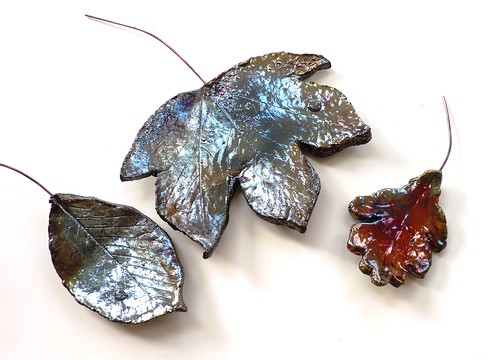 This is how it looked before, it is a lot nicer now. 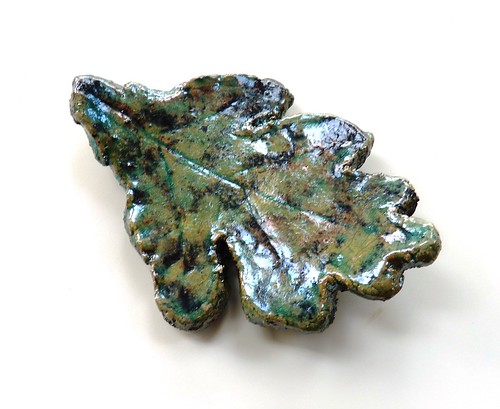 Although most leaves with the same glazes are very similar I think I have learned a couple of things. Firstly  I think a thicker application of glaze gives a better chance of good colour.

Also, as I already know the reduction process is key. I think I may try overlapping leaves deliberately, and I might even try putting one in the chamber upside down, but that may not work so well as the sawdust is likely to blacken it.

So all in all it was a great reason to get up in the morning, so what’s your ikigai?