It’s been a while since we’ve climbed Grasmoor, my favourite route up is via Gasgale Gill but yesterday it was like seeing it all for the first time as the landscape has changed so much since the floods. 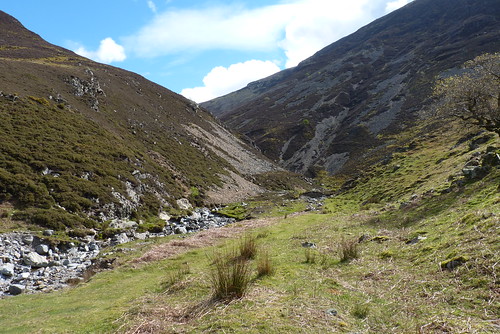 In many places the path has been washed away. 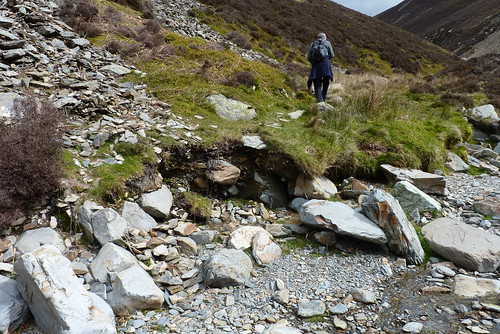 We had to cross the gill a few times, there was no other way so I’m pleased it’s been very dry recently. Not something to do when it’s in full spate. 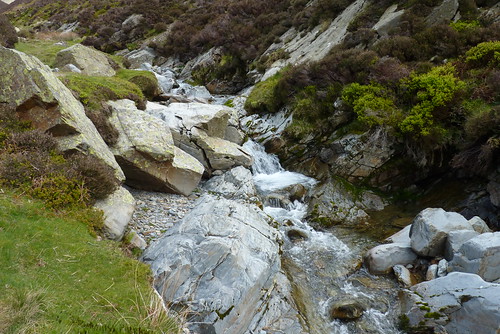 There was a lot more rocky scrambling, and some walking on scree so care was needed. The path does improve further up the Gill, but near the top it’s a bit loose under foot. 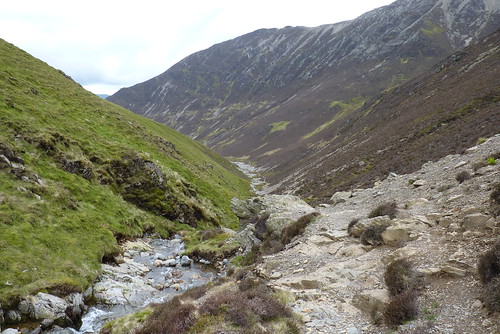 This used to be quite grassy, now it’s covered in scree that was washed down the mountain, there’s a land slip on the right. 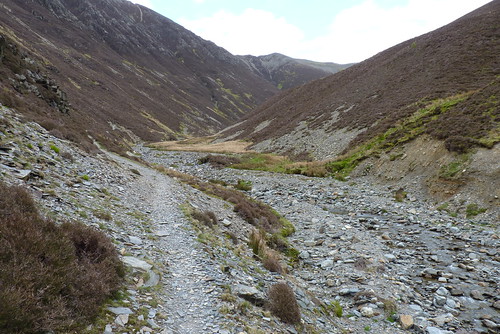 Once you reach Coledale Hause the paths are much better, and wider. 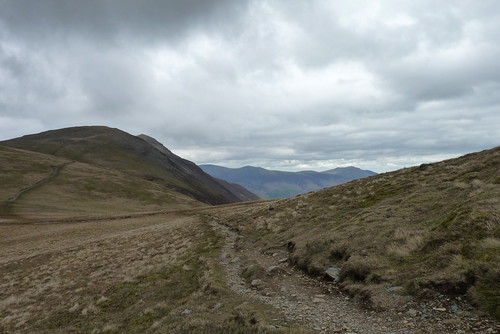 Unfortunately the cloud came down so there were no views from the summit, these pictures were taken on the way up. 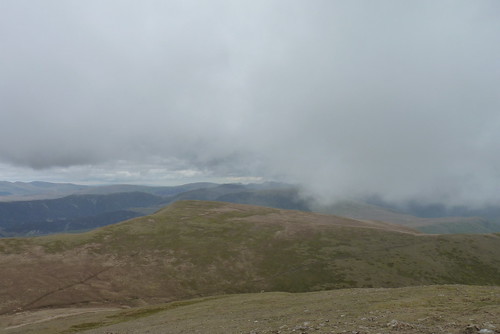 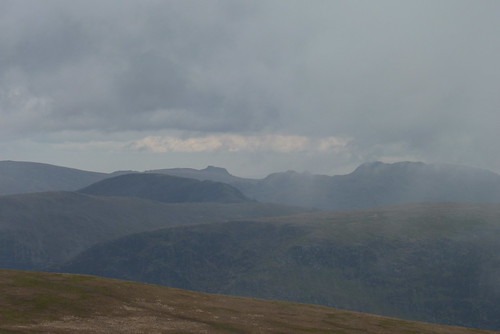 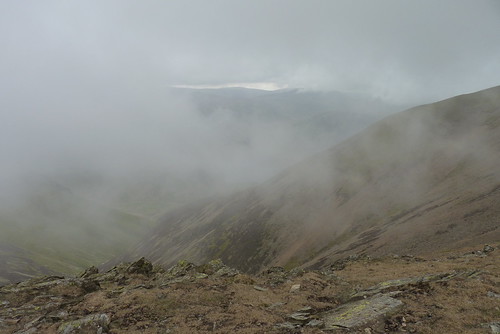 We intended coming down Lad Hows but as there was no wind we decided to try Whiteless Edge, which I have tried before but had to turn back as the wind was so strong I couldn’t stand upright. 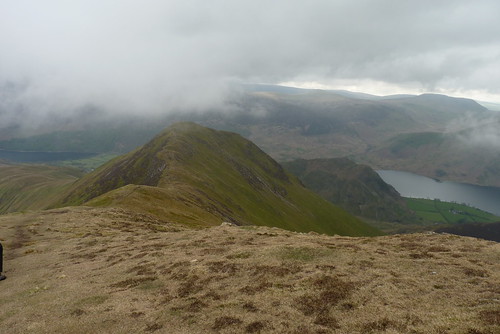 Grasmoor from the ridge, still cloaked in cloud. 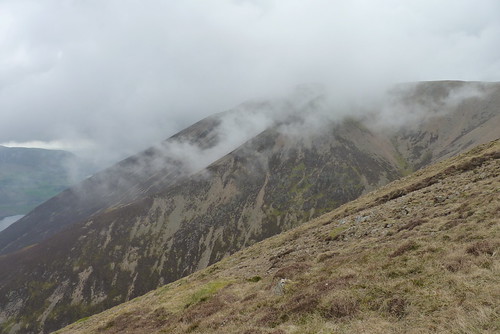 I’m not a ridge walker, I get vertigo, but this path is much wider when you are on it than it looks from a distance so I was ok. 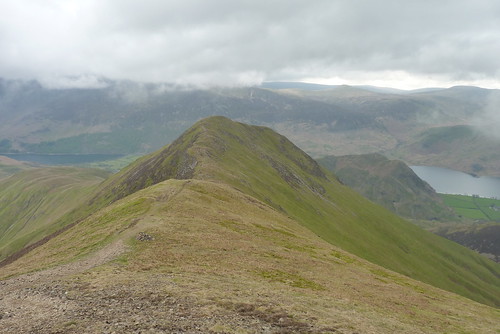 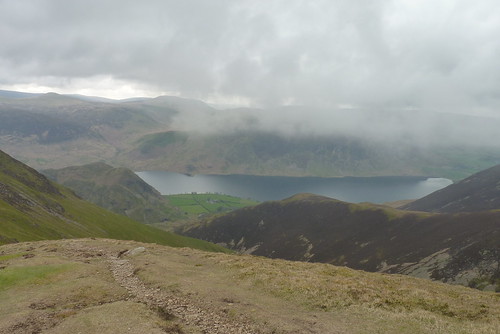 Crummock, and Loweswater in the cloud. 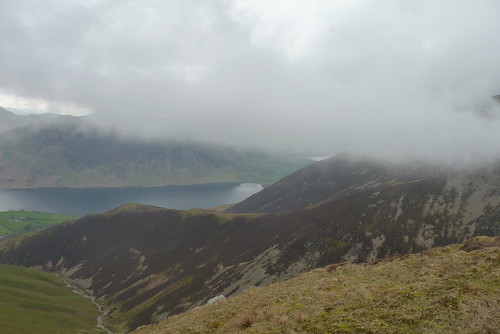 You can just see 3 lakes from this point, Buttermere is on the left. 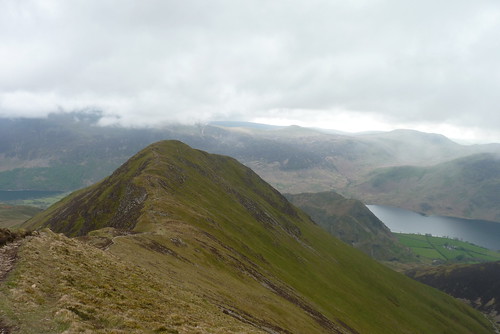 This is the Lad Hows route, next time we are going to go up this route. 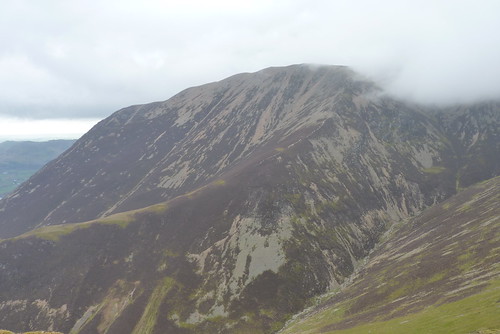 Mountains as far as the eye can see, it’s a wonderful feeling when you are up there. 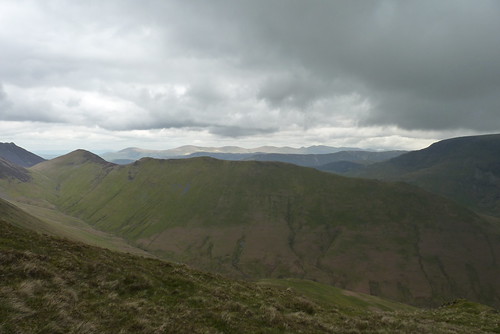 We almost had the place to ourselves until the air force showed up. 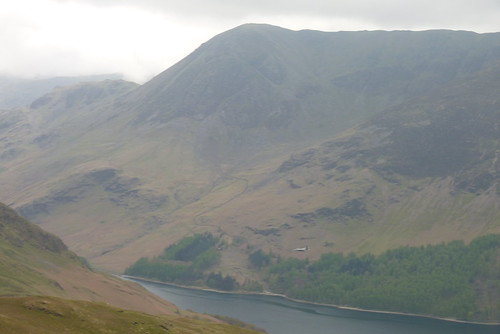 There is a bit of rocky scrambling on Whiteless Pike but then the path is more gentle leading down into Rannerdale.  This view of Grasmoor is quite impressive but you still can’t see the summit. 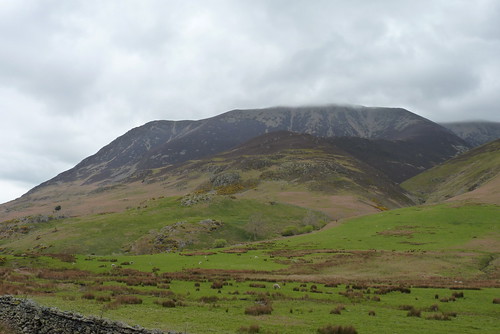 We were a little early for the bluebells but the gorse bushes filled the air with a scent which reminds me of suntan lotion. 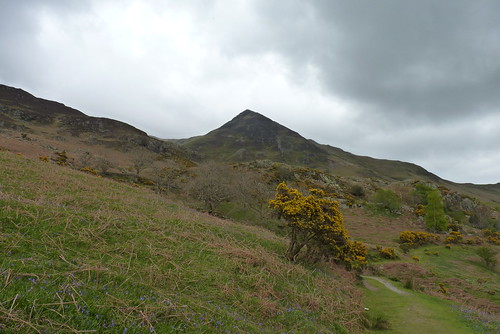 We had some company as we walked along the road back to the car. 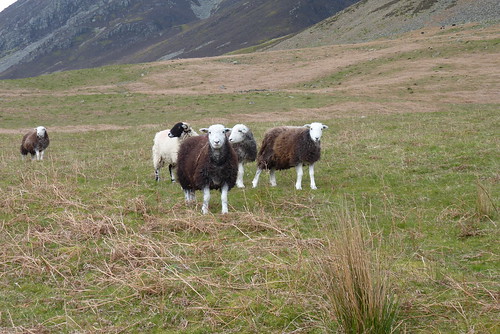 I’m feeling a bit stiff and achy today so I’m going to have an easy day, I may glaze some pots.